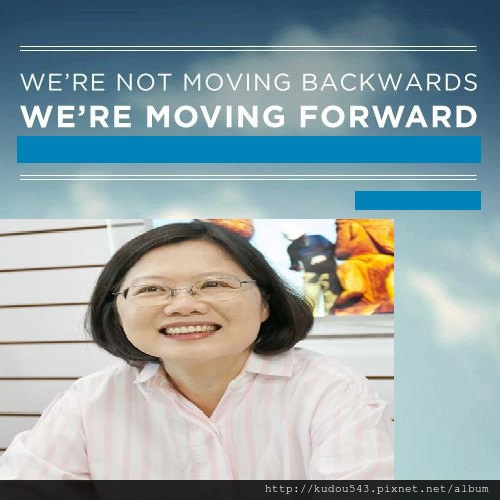 To sustainable develop the Taipei and promote common development and seek cooperation and win-win is the common wish and an irresistible trend of our times.

Seeking to welfare,development and cooperation.

Pursues a road of peaceful development and endeavors to build, together with other cities.

A welfare city of enduring peace and common prosperity.

Obviously speaking,the Taipei should have been so closely bound up than before as it is tomorrow.
The government works should advance the fundamental interests andthe common interests of the citizens and
pursues a werfare policy which is purely deveoping in the future.

The welfare city is in keeping with and contributing to the city's development and competitive strategy,aims at maintaining
and ensuring the realization of the goal of building a moderately prosperous society in an all-round way.
Government should be determined to remain a staunch force for security and stability.

The welfare city's policy and modernization, conducted on the basis of steady economic development, is the requirement of keeping up with new trends and development in affairs,and of maintaining citydevelopment.

1.The Welfare Environment
The peace and development remain the principal themes in Taipei.
Therefore,the overall international city competitive environment remains stable.
But, uncertainties and destabilizing factors are on the increase, at the same time,
and new challenges and threats are continuously emerging.
The welfare's city  and develop also face more opportunities than challenges.
The development is at a critical stage, moving toward multi-polarity.
As imagine that progress is expected in addressing the serious imbalances in the international copmetitive of city's strategic alignment.
The major international city compete with and hold each other in check.
But, they also maintain coordination and practical cooperation in their mutual relationships and draw on each other's strengths .
A revolution in city affairs is developing in Taipei and the competition based on informationization is intensifying.
Some developed countries have increased their input into and speeded up high-tech to gain superiority.
The overall welfare environment in the region remains stable.
The regional economy will maintains an unprecedented strong momentum of growth and a framework of open and mutually beneficial cooperation based on equality and in diversified forms is taking shape
Taipei's overall environment remains sound.
Taipei should committed to building a moderately prosperous society in an all-round way and it enjoys steady economic growth, political stability, ethnic harmony and social progress.
It's overall city's compet strength has considerably increased, as has its international standing and influence.City's practical cooperation with major cities continues to grow, its friendly relations with its neighboring cities have developed steadily. This is forging strong ties with other developing cities.
Taipei should persists in continuing its peaceful development road.
Balancing developments in both domestic and international situations, it is well prepared to respond to complexities in the international city competitive environment.
The welfare strategy is well prepared to respond to complexities in the developing and prosperous.
Committed to fostering a prosperous and cooperative relationship of mutual benefit and win-win with other cities and working with them to promote common welfare.

3.City's leadership and Administration System
Taipei has already established and keeps improving a leadership and administration system for in accordance with the Constitution.
The city council directs and administers city building in the following ways:
1.Making city development programs and plans, also and  formulating principles and administrative regulations for city  building.
2.Administering city expenditure and assets with directing and administering city scientific research and production.
3.Directing and administering work related to mobilization of city economy.
It also directs education and, jointly with the educational circles  building of the city education.
Under the Ministry of education and other departments concerning city education building.
In addition, local congresses above the county level ensure the compliance with and implementation of laws and regulations relating to  in their respective administrative areas.
Local governments within the authority they enjoy as prescribed by law.

4.Police Force
About the police force should be charged with the fundamental task of safeguarding social security and maintaining social stability and ensuring that protect the people live peace and work contentment.
To try to  strives to make police force powerful disciplined , also and politically reliable force.
The police force is tasked to perform guard duties and handle emergencies , also, combat terrorism and participate in and support national and city economic development.
The police force should be the combined use of manpower and acilities and technologies , also , has effectively enhanced the efficiency of guard duties and security .
The police force ensures the social security and conferences,also,escape attempts by detained suspects and imprisoned , organizes thousands of important temporary duties.
This is in cooperation with the government departments concerned.
The police force take an active part in efforts to keep local order and cracking down on organized criminal gangs.

5.Coastal Defense
Adhering to the principles of conducting overall planning.
To emphasis on land and sea and giving priority and integrating police force and administration.especially,the defense deportment.
It should be endeavoring to make its coastal defense unified to effective and solid.
The police force is resolute in maintaining social stability and unity among local groups to take an active part in the economic development of areas.
The police force take measures to crack down hard on crimes.
For example,such as weapon smuggling, drug trafficking, illegal border crossing and violent and terrorist activities.
To make the city promoting social development and progress in city areas.
To be actively promotes coastal defense cooperation and strengthens coastal defense contacts.
This is in different fields and at various levels and handles in an appropriate and concerned.

6.The development of Businese,Technology and Industry

The city-related Businese and technology and industry focuses on consolidating its foundation, making independent innovation and speeding up the implementation of the strategy of transition and upgrading.

At the same time,so as to ensure the production and supply of military equipment and promote the development of city's economy.

Improving city the industrial structure and enhancing its capabilities of developing and producing new and cutting-edge equipment.

City-related Businese and technology and industry is enhancing its core capabilities.

Subsystems of major projects and introducing more competition into the manufacturing and processing .

Gradually establishing an outsourcing system of cooperation for developing and producing .

The city industry enterprises have stepped up restructuring and reform and are exploring approaches for diversifying ownership structure and steadily transforming into share-holding enterprises to increase research in the public interest.

The goal is that the efforts are being made to establish an innovative mechanism to absorb and train high-caliber people for city-related science, technology and industry.

On the premise of strictly honoring its commitments and encourages and supports participation in international cooperation and competition in industries.

Pursuant to the Government law and the budget and guided by the principle of coordinated development of city economy,

The city government decides on the size and use of expenditure in an appropriate way to meet the demands in keeping with city's economic development.

For example , as a City government expenditure

The increased city's expenditure is primarily used for the following:

In particularly,the pensions of retired officers and the insurance, medical, housing and other benefits should be also increased

3.Supporting the training of personnel and input into education and training.

This is also increasing subsidies for professionals with outstanding performance and incentives for experts and increasing the budget for the employment of contract civilians.

City should be practices a strict system of financial appropriation of funds.

The city's budgeting is based on the city development strategy and building objectives and annual tasks set by the city.

The welfare city pursues a new concept featuring is mutual trust,mutual benefit,equality and coordination and adheres to the three principles of competitive coexistence.
This is able to work to promote good-neighborliness,mutual benefit and win-win,and endeavors to advance international city cooperation and strengthen relations with other cities.