Ties to China Linger as Issue as Taiwanese Prepare to Vote 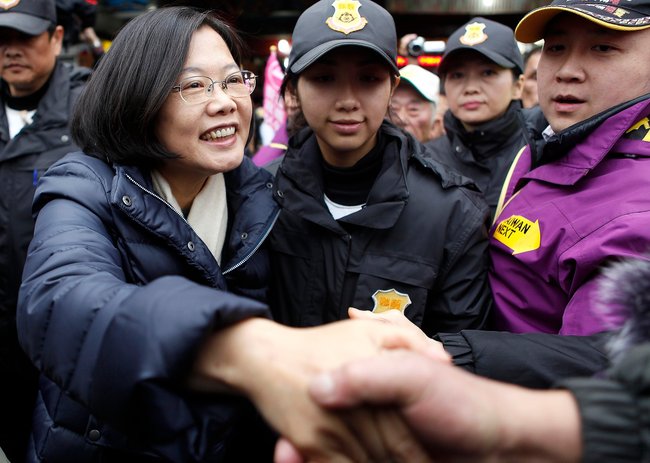 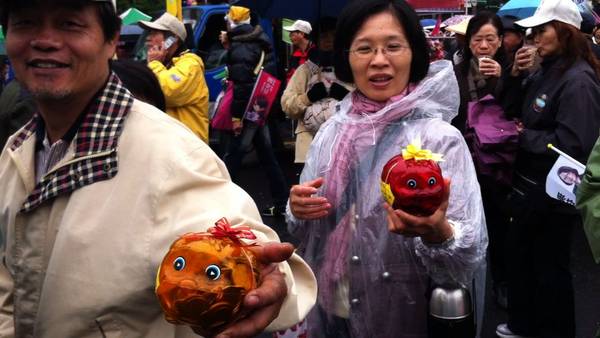 Taiwan's Noisy Presidential Elections: On January 14th, Taiwan heads to the polls. During the campaign, piggy banks have become a symbol of opposition to incumbent President Ma Ying-jeou.

TAIPEI, Taiwan — As he nears the end of his first term, President Ma Ying-jeou faces a litany of challenges that might sound familiar to Western politicians: stagnant wages, a growing wealth gap and steep housing prices that have frozen young urbanites out of the real estate market.

His main opponent in this month’s elections has vowed to create well-paid jobs, 800,000 units of low-cost housing and more generous subsidies for retirees and farmers.

But when voters go to the polls on Jan. 14 — only the fifth time they have done so since Taiwan threw off single-party rule in 1996 — they will also be guided by their views on a separate, overwhelmingly important issue: whether this vibrantly democratic island of 23 million should speed, slow or halt its wary embrace of China.

The calamitous mainland civil war that drove the defeated Nationalists here in 1949 left China and Taiwan in a formal state of war. China’s singular aim is reunification, even if it requires military force, and each side has kept a wary eye on the other through decades of internal tumult. The question of their fraught relations — culturally close, politically suspicious — grows ever more urgent as China’s wealth and regional influence expand, and ever more obvious as mainlander tourism here surges.

Mr. Ma, 61, a Nationalist, has overseen a raft of agreements that have revolutionized the way ordinary Chinese and Taiwanese interact. There are now direct flights, postal services and new shipping routes between Taiwan and the mainland, and a landmark free trade agreement has slashed tariffs on hundreds of goods.

The agreements opened the gates to the deluge of Chinese tourists — 213,000 arrived in November, 30 percent more than in November 2010 — who buoyed the local economy with more than $3 billion in spending last year. Other firsts include a pair of giant pandas from China, an early reward for Mr. Ma’s Beijing-friendly gestures, and nearly 1,000 mainland students who now study at Taiwan universities.

The burst of contact has reawakened old sensitivities and raised new ones.

Nathan Batto, a political scientist at the Academia Sinica, a research institute in Taipei, said that the underlying issue for many voters was whether Taiwan could remain autonomous.

“The single question that frames all elections here is who we are and what do we want to be,” he said. “Should Taiwan get closer to China or keep its distance?”

The United States has not publicly weighed in on the race, but, privately, some officials have expressed unease over the candidacy of Mr. Ma’s main opponent. She is Tsai Ing-wen, 55, an academic and former government minister whose Democratic Progressive Party has traditionally advocated formal independence. In the past, pushes for independence have irritated China and worried Washington, Taiwan’s steadfast ally and its supplier of military hardware.

Beijing has not been coy in telegraphing its preference. At a recent news conference, a spokesman for its Taiwan Affairs Office said a victory for Ms. Tsai could “inevitably threaten the peaceful development of cross-strait ties.”

In Taiwan, the welter of factions includes indigenous residents and descendents of the mainland Chinese who settled here decades, or even centuries, before the Nationalists arrived. Business-minded Taiwanese know where the money is: the million or so Taiwanese now working and investing in China appear to be backing the Nationalists and Mr. Ma.

Even in some of Ms. Tsai’s party’s traditional bases of support, like the largely ethnic Taiwanese population of southern Pingtung County where she was born, are tilting toward the Nationalists. Since 2008, mainland officials, encouraged by Mr. Ma’s new trade policies, have been offering princely sums for every last mango, banana and orchid the Pingtung farmers grow.

“President Ma promised he would open agricultural markets to China, and in his first month he did,” said Cheng Cheng-ying, manager of the Taiwan Floriculture Exports Association. 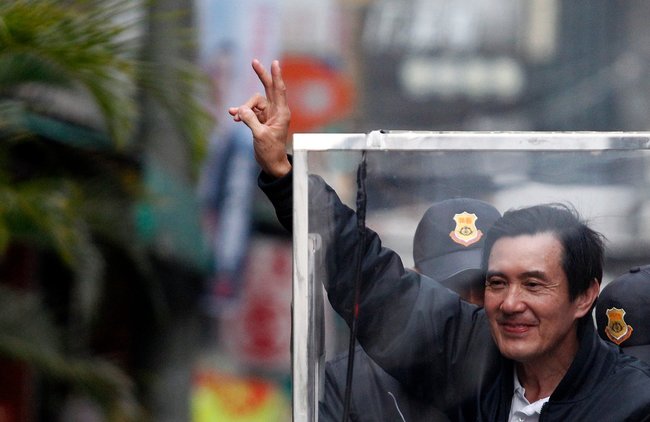 Invoking the blue flag of the Nationalists and the green of Ms. Tsai’s party, he said, “If you ask my neighbors, they say they are green, but inside they have all become a little bit blue.”

But warming ties have also stoked deeply rooted fears, fanned by Ms. Tsai and her party, that the island is becoming too cozy with the authoritarian behemoth next door.

“Let’s face it, China wants nothing more than to devour us, and the K.M.T. is giving us away,” Zhou Zhu-zhen, a retired nurse, said last month during a rally, using an acronym for the Nationalists.

The race has been dominated by parochial concerns and mudslinging. Last week, Ms. Tsai and her surrogates accused the president of using the intelligence authorities to monitor her campaign illegally. The Ma camp has been raising questions about Ms. Tsai’s role in a state-financed biotech company that yielded her handsome profits. Both have denied any wrongdoing.

On paper and in person, the two bear striking similarities. Educated abroad — Mr. Ma at Harvard and New York University, and Ms. Tsai at Cornell and the London School of Economics — they spent their early careers in academia. Both are reluctant campaigners, wonkish rather than telegenic. Each promises generous social spending and a city’s worth of low-cost housing.

Polls suggest that they are in a statistical dead heat, with a third candidate, James Soong of the People’s First Party, pulling roughly a tenth of the vote, mostly from the incumbent. Ms. Tsai hopes to prevail with her party’s traditional supporters: besides the island’s native Taiwanese and the farmers in the south, they include blue-collar workers who dream of a return to the 1990s, when Taiwan was a high-tech manufacturing powerhouse.

The front-runners dance gingerly around the issue of China. It emerges mostly in the form of debate on the so-called 1992 Consensus, a nebulous pact between Beijing and Nationalist Party leaders that allows both to recognize the principle of one China, bypassing uncomfortable details. Ms. Tsai, a former minister of the Mainland Affairs Council, which helps set cross-strait policy, says the arrangement is a fiction. She wants the voters to determine how Taiwan defines itself in future negotiations with China.

Although she has dialed down her party’s stridency on independence, Ms. Tsai warns that Nationalist policies are eroding Taiwan’s sovereignty. In an interview, she offered a simple example of distasteful compromise: “When Chinese visitors come, we have to put away our flags,” she said.

Mr. Ma waves off such complaints, saying that détente has strengthened the island’s global standing.

Beijing has halted efforts to wrest away the few remaining countries that recognize Taiwan diplomatically, and has removed its longtime opposition to the island’s participation in some international bodies. The last three years of calm across the straits, Mr. Ma said, have been good for the island and the region.

“Taiwan is no longer regarded as a troublemaker,” Mr. Ma said in an interview, “but as a force for peace.” 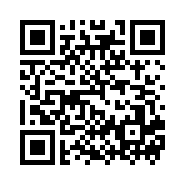