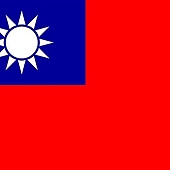 What is the new era of the R.O.C. and P.R.C.national objectives and designs for national security.

2,Next new era of the global opportunities and criese.

In particular,there is no nation can achieve hegemony,therefore,it is only to keep the national independence and
sovereign system. This is historical fact,so,do not tell a lie.
After all,generation has been changed,so,the international distribution of power,also,has been transformed. It cannot denied that it was basically changed.
So,the question that next new era may face is the important,especially,destroy and subvert the nation.

It will be a background and deepest crisis.
To sum up,the global opportunities and criese will not anticipate us,so it must to work together now take new strategic concept and decision that face the next new era.

4,Generations alternate with conflict in the concept and value.
The conflict is out of sort,and what is the out of sort?
Obviously speaking,the out of sort is freedom,and it is independence,especially,to be intolerably the antediluvian of idea serfdom.
It cannot denied that out of sort is also fact and crisis,but,it is individual right and compatible with the rights of every other individual.

However,how to discriminate between those?

Simply put,to measure of self-restraint and practice.
This should be explaination that,what is the out of sort?
The out of sort establishes the national advantage and integrity of democratic and free system,even,create and keep an environment,in which,people individual have the opportunities to achieve their dream and power.

Of course,why the global of the democratic and free countries and societies can tolerates the out of sort freedom,none of them cannot destroy it.
By the same reason,in relation between governments,depends on the democratic and free of the power and attractive power,because it is no compulsion to anyone else,and it should be into compliance with it.

After all,democratic and free of the nation and society does not fear out of sort,because these are all kinds of ideas.

By the same token the peace policy has to be so.

5,Next new era of purposes and combined operation capabilities of the nation.
New era of national purposes should build on the prosperous development of enviornmental stability by its fundamental concept values.
New era of national purpose is a challenge to face war and peace,so,it must think it,this is no matter what the logically and in fact,simply put,but to national reality capability to protect it.
Therefore the national purpose is nation strong,no matter what in the style in which confirms nation to work together in the development of combined operation capabilities,in particular,military and economic power.
The national purpose lead in building a successfully operating under the democratic and free of the political and economic system in the nation.
It is only by executive confirmation,it can maintain national integrity,and essential values.

There is mounting evidences said:"new era of national purposes and combined operation capabilities are also national interests,especially,the responsibility of national leadership.
Striving challenge,and accept the principles and democracy and freedom,at the same time,face the risks,but to its participation with the basis of justice and order,in particular,respect for the subvert and destroy of rights.
The principle of consent to establish a requisition of the national purpose,especially,its framework cannot be ossify.

Simply put,it cannot only to accept a solution,if it cannot accept,it will be no others solution,will not?
National purposes and combined operation capabilities are free and necessary in effective to change the national policy.

There is no reason,and also,is the national overall objective. New opportunity to work out national destiny.
The combined operation capabilities can choose any of means to seek useful for national purpose.
The combined operation capabilities are serve the national purpose and seeks means to create opportunity and environment,and defend the integrity and vitality,in particular, democracy and freedom of nation and beat subvert and aggress.
So,next new era of national purpose will combine the regime to face new ones are invented,however,the basic principles are compromised.

6,Face the present of the out of sort.

Obviously speaking,the out of sort it face is of a new order of classification,although,democracy and freedom are never reached,but in the global process of being reached.
Out of sort should be no choice,and being effectively to face and overcome by it.
Since out of sort everything that.
Understanding out of sort that may seeks the display to the democracy and freedom of power and will to use it.
The out of sort keeps the national strength of integrity,and in taking any of means to
face the national system.
The out of sort may also lose determaiation.In particular,the global security parternship.
For example,the out of sort may prevent to the nation that provide effective power at
definite pressure points.
So,the out of sort of having better decision,it is,the only deterrent power,it should be,and may be instead of appearing strong and determaiation.
The first priority of out of sort is also fundamental purpose;the national combined operation capabilities,simply put,the design of the national target;there is no irresolute and desperate.
It cannot denied that out of sort are crises and risks,but can make nation strong.
Because nothing can be more important than nation strong.
There is mounting evidence said that:"out of sort in the process of showing the will" that make nation better,and may be hurt the integrity of the nation,but can work together to seek,and to precipitate,or may go too far.
So-called the purpose of out of sort to defeat will and accept new change;through democracy and freedom to protect oneself ,and prove that may not hurt the nation and society,including,people. Out of sort is not mistake and accept it. cBecause of stating that will.