In a shift of U.S. policy, the White House said Friday that Taiwan does have a legitimate need for new fighter planes to address a growing gap with the Chinese military and pledged to sell Taiwan an "undetermined number" new U.S.-made planes.

The new White House position could spark a new crisis in the U.S.-China relationship on the very same day that blind Chinese Activist Chen Guangcheng is rumored to have fled his house arrest to seek asylum at the U.S. Embassy in Beijing. Secretary of State Hillary Clinton and Treasury Secretary Tim Geithner are also slated to visit China May 3 and 4 to hold the fourth round of the U.S. China Economic and Security Dialogue.

The White House policy shift was codified in a letter sent to Sen. John Cornyn (R-TX) Friday as part of a deal to get the Texas senator to release his hold on the confirmation of Mark Lippert, a close confidant of President Barack Obama whose nomination to become the top Pentagon official for Asia has been held up since October over the issue of selling F-16 fighter planes to Taiwan.

"We are mindful of and share your concerns about Taiwan's growing shortfall in fighter aircraft as the F-5s are retired from service and notwithstanding the upgrade of the F-16A/Bs. We recognize that China has 2,300 operational combat aircraft, while our democratic partner Taiwan has only 490. We are committed to assisting Taiwan in addressing the disparity in numbers of aircraft through our work with Taiwan's defense ministry on its development of a comprehensive defense strategy vis-a-vis China," Robert Nabors, director of the White House office of legislative affairs, wrote in a letter today to Cornyn.

"This work will be a high priority for a new Assistant Secretary of Defense in his dialogue on force transformation with his Taiwan counterparts. The Assistant Secretary, in consultation with the inter-agency and the Congress, will play a lead role as the Administration decides on a near-term course of action on how to address Taiwan's fighter gap, including through the sale to Taiwan of an undetermined number of new U.S.-made fighter aircraft."

The White House does not explicitly promise to sell Taiwan new F-16 fighter jets, as Cornyn wants, promising only to give the matter "serious consideration." But it does pledge an "underdetermined number" of new aircraft and the White House promised that Lippert would use the U.S.-Taiwan Defense Review Talks to conduct a full review of Taiwan's long-term defense strategy.

"Our decisions will continue to be based on an assessment of Taiwan's needs, taking into account what is needed to support Taiwan's overall defense strategy vis-a-vis China," the letter stated.

Cornyn praised the letter in a statement.

"I commend the Administration for recognizing that our friend and ally Taiwan's air force is woefully undersized and outgunned by Communist China, and their inability to adequately defend themselves poses a threat not just to their own security, but to that of the United States," he said. "I look forward to continuing to work hand-in-hand with the Administration and Taiwan as we move forward in this joint effort to ensure Taiwan has the new American-made fighter jets it needs to defend itself."

F-16 fighter planes are largely manufactured in Cornyn's home state of Texas and assembled by Lockheed Martin of Fort Worth.

Arms sales to Taiwan, especially offensive arms like F-16s, are a major irritant in the U.S.-China relationship, as China regards Taiwan as a renegade province and a core interest. The United States has maintained a balance between arming Taiwan and trying to avoid friction with China over the issue since the Taiwan Relations Act was signed in 1979.

Last October, the Obama administration decided to sell Taiwan upgrade packages for its aging fleet of F-16 A/B model planes but the administration never said whether it would sell Taiwan the newer, more advanced planes, claiming it was still under consideration.

At Lippert's November confirmation hearing, Cornyn pressed the nominee on the issue (watch the video here) and then introduced an amendment to the defense authorization bill that sought to force the administration to sell Taiwan new F-16s. That amendment was voted down in the Senate.

Cornyn then wrote a letter threatening to hold the Lippert nomination unless he gets some satisfaction on the issue.

"I remain disappointed by your de facto denial of Taiwan's request to purchase 66 new F-16 C/D fighter aircraft, and I believe it sends a damaging message to nations in the Asia-Pacific region and beyond that the U.S. is willing to abandon our friends in the face of Communist China's intimidation tactics," Cornyn wrote.

The Lippert hold is not the first time Cornyn has used his power to hold nominees to press for selling F-16s to Taiwan. Last July, Cornyn held up the nomination of Deputy Secretary of State Bill Burns until Secretary of State Hillary Clinton agreed to make a decision on selling the fighter plane to Taiwan.

The letter to Senator Cornyn is consistent with our current policy on Taiwan, which has not changed. We take very seriously our commitment to Taiwan’s defense as outlined in the Taiwan Relations Act. Our commitment is reflected in our sales of $12.5 billion in arms to Taiwan in 2010 and 2011. In particular, these sales have made a significant contribution to Taiwan’s air defense capabilities including by upgrading the backbone capability of Taiwan’s air force. We do not comment on future possible foreign military sales unless formal congressional notification has taken place.  We remain committed to our one China policy based on the Three Joint Communiqués and the Taiwan Relations Act.  The new ASD Mark Lippert will play a central role in working with Taiwan's defen.se ministry on its development of a comprehensive defense strategy and a resourcing plan. 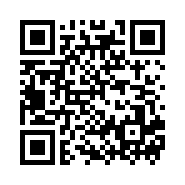