Will America heed the wake-up call of Ukraine?

“Meet Viktor Yanu­kovych, who is running for the presidency of Ukraine.” Vladimir Putin and I were standing in his office at the presidential dacha in late 2004 when Yanu­kovych suddenly appeared from a back room. Putin wanted me to get the point. He’s my man, Ukraine is ours — and don’t forget it.

The “Ukrainian problem” has been brewing for some time between the West and Russia. Since Ukraine’s Orange Revolution, the United States and Europe have tried to convince Russia that the vast territory should not be a pawn in a great-power conflict but rather an independent nation that could chart its own course. Putin has never seen it that way. For him, Kiev’s movement toward the West is an affront to Russia in a zero-sum game for the loyalty of former territories of the empire. The invasion and possible annexation of Crimea on trumped-up concerns for its Russian-speaking population is his answer to us.


The immediate concern must be to show Russia that further moves will not be tolerated and that Ukraine’s territorial integrity is sacrosanct. Diplomatic isolation, asset freezes and travel bans against oligarchs are appropriate. The announcement of air defense exercises with the Baltic states and the movement of a U.S. destroyer to the Black Sea bolster our allies, as does economic help for Ukraine’s embattled leaders, who must put aside their internal divisions and govern their country.

The longer-term task is to answer Putin’s statement about Europe’s post-Cold War future. He is saying that Ukraine will never be free to make its own choices — a message meant to reverberate in Eastern Europe and the Baltic states — and that Russia has special interests it will pursue at all costs. For Putin, the Cold War ended “tragically.” He will turn the clock back as far as intimidation through military power, economic leverage and Western inaction will allow.

After Russia invaded Georgia in 2008, the United States sent ships into the Black Sea, airlifted Georgian military forces from Iraq back to their home bases and sent humanitarian aid. Russia was denied its ultimate goal of overthrowing the democratically elected government, an admission made to me by the Russian foreign minister. The United States and Europe could agree on only a few actions to isolate Russia politically.

But even those modest steps did not hold. Despite Russia’s continued occupation of Abkhazia and South Ossetia, the diplomatic isolation waned and then the Obama administration’s “reset” led to an abrupt revision of plans to deploy missile defense components in the Czech Republic and Poland. Talk of Ukraine and Georgia’s future in NATO ceased. Moscow cheered.

This time has to be different. Putin is playing for the long haul, cleverly exploiting every opening he sees. So must we, practicing strategic patience if he is to be stopped. Moscow is not immune from pressure. This is not 1968, and Russia is not the Soviet Union. The Russians need foreign investment; oligarchs like traveling to Paris and London, and there are plenty of ill-gotten gains stored in bank accounts abroad; the syndicate that runs Russia cannot tolerate lower oil prices; neither can the Kremlin’s budget, which sustains subsidies toward constituencies that support Putin. Soon, North America’s bounty of oil and gas will swamp Moscow’s capacity. Authorizing the Keystone XL pipeline and championing natural gas exports would signal that we intend to do precisely that. And Europe should finally diversify its energy supply and develop pipelines that do not run through Russia.

Many of Russia’s most productive people, particularly its well-educated youth, are alienated from the Kremlin. They know that their country should not be only an extractive industries giant. They want political and economic freedoms and the ability to innovate and create in today’s knowledge-based economy. We should reach out to Russian youth, especially students and young professionals, many of whom are studying in U.S. universities and working in Western firms. Democratic forces in Russia need to hear American support for their ambitions. They, not Putin, are Russia’s future.

Most important, the United States must restore its standing in the international community, which has been eroded by too many extended hands of friendship to our adversaries, sometimes at the expense of our friends. Continued inaction in Syria, which has strengthened Moscow’s hand in the Middle East, and signs that we are desperate for a nuclear agreement with Iran cannot be separated from Putin’s recent actions. Radically declining U.S. defense budgets signal that we no longer have the will or intention to sustain global order, as does talk of withdrawal from Afghanistan whether the security situation warrants it or not. We must not fail, as we did in Iraq, to leave behind a residual presence. Anything less than the American military’s requirement for 10,000 troops will say that we are not serious about helping to stabilize that country.

The notion that the United States could step back, lower its voice about democracy and human rights and let others lead assumed that the space we abandoned would be filled by democratic allies, friendly states and the amorphous “norms of the international community.” Instead, we have seen the vacuum being filled by extremists such as al-Qaeda reborn in Iraq and Syria; by dictators like Bashar al-Assad, who, with the support of Iran and Russia, murders his own people; by nationalist rhetoric and actions by Beijing that have prompted nationalist responses from our ally Japan; and by the likes of Vladimir Putin, who understands that hard power still matters.

These global developments have not happened in response to a muscular U.S. foreign policy: Countries are not trying to “balance” American power. They have come due to signals that we are exhausted and disinterested. The events in Ukraine should be a wake-up call to those on both sides of the aisle who believe that the United States should eschew the responsibilities of leadership. If it is not heeded, dictators and extremists across the globe will be emboldened. And we will pay a price as our interests and our values are trampled in their wake. 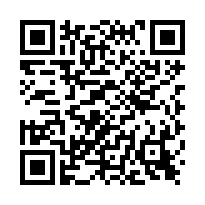