Beijing's Coalition of the Willing

For the West, failed states are a problem. For China, they're an opportunity.

You've probably heard by now that China, in its bid to lock in access to energy and mineral riches in far-flung corners of the world, is causing heartburn for the legions of do-gooders working to turn the world's most fragile countries into stable, prosperous states. Everyone from the president of the World Bank to Bono has blamed Chinese companies and government officials for threatening the hard-won progress the West has made in the global south, while warning of dire consequences for countries on the receiving end of Chinese largesse.

Commentators such as Zambian economist Bob Sichinga have even accused Beijing of "raping" Africa in its bid for natural resources. I call it the China effect -- the disturbing notion that Western-led development efforts could come to naught, cast aside by the allure of fast money and rapid economic progress. And it's easy to see the appeal: While U.S. and European gurus are busy lecturing Third World autocrats about good governance and transparency, Chinese engineers are building highways to the dictators' weekend homes.

What's less well known is the key role such states as Brazil, Kazakhstan, Nigeria, South Africa, and Venezuela are playing in China's international diplomatic game. Over the past decade and a half, while few in the West were paying attention, Beijing has built a coalition of countries -- a great many of them in Africa -- that can be trusted to vote China's way in an increasingly clogged alphabet soup of international fora. It's a bloc reminiscent of the one the Soviet Union assembled during the Cold War, though focused on economic and trade advantages, not security issues.

So far, China's strategy is working, and nowhere more so than with Beijing's campaign to delegitimize Taiwan as an independent state. In 2008, for instance, Malawi announced it had cut diplomatic relations with the island would-be nation; Taipei couldn't match China's offer of $6 billion in aid. Senegal broke relations in 2005, signing an agreement that reportedly included an initial $600 million in financial assistance from China. Chad followed suit after a series of secret meetings with Chinese officials and an undisclosed amount of aid. Today, just four African countries still recognize Taiwan as the one true China: Burkina Faso, Gambia, São Tomé and Príncipe, and Swaziland, down from 13 in 1994; the global number has declined from 68 states in 1971 to 23 currently. Even Panama and Nicaragua, two of the few Latin American states that still officially recognize Taiwan, abstained from a vote on its 2007 bid to join the World Health Organization. Taipei's list of friends is headed rapidly toward zero.

Not only is Beijing building a string of alliances across the globe with countries overlooked and sometimes shunned by the United States, but it also aims to alter, or at least complicate, the loyalties of those still in the Western camp. To U.S. officials, most of Beijing's new allies are decidedly third tier, mere afterthoughts in the West Wing and on the State Department's seventh floor (at least until a crisis breaks out). But to China, they are becoming an increasingly potent diplomatic weapon.

At the United Nations, support for Chinese positions on human rights jumped from 50 percent in 2000 to 74 percent in 2008, according to the European Council on Foreign Relations. The council also found that 41 countries that were Western-voting allies on human rights issues in the U.N. 10 years ago now support China and Russia. From Africa to Asia to Latin America, these include a notable list of Chinese commercial partners, some of the most undistinguished performers on the Failed States Index. Many of these same countries have joined to vigorously defend traditional sovereignty -- a notion deeply important to Beijing because it fears and resents Western meddling in its internal affairs. Support for China and Russia on this issue has exceeded 80 percent in recent years.

China has also deployed this winning formula at the World Trade Organization (WTO). Within the WTO, Beijing has already put together an African coalition large enough to torpedo specific rules it opposes. But the strategic prize China is seeking in Geneva is official status as a market economy -- a valuable legal and trade designation that prevents other countries from launching anti-dumping cases. Chinese companies stand to gain billions if Beijing's diplomats can outmaneuver the United States and the European Union, which accuse China of unfair competitive practices and inadequate bankruptcy and intellectual-property laws. Egypt, Russia, South Africa, Venezuela, and dozens of other countries have proved happy to extend this designation to Beijing on bilateral terms in return for Chinese engagement. Now, China's goal is to cobble together enough WTO votes from African and Latin American countries to see this protection expanded globally -- while teaming up with India to sink the Doha round of trade talks, which threatens to swamp Chinese farmers with a flood of cheap imports.

China is also making great strides within a host of smaller multilateral organizations that don't invite the United States and the European Union to join -- obscure bodies like the East Asia Summit, the Forum on China-Africa Cooperation, and the Shanghai Cooperation Organization. In these venues, Chinese officials have not hesitated to combine soft power with a bit of muscle. African and Asian ambassadors have made off-the-record statements suggesting that China uses its aid and trade as leverage to make them tilt away from U.S. initiatives. If countries do not toe Beijing's line or don't abstain when asked, their economic projects could be put at risk.

China's goal is not to challenge the West militarily or even economically just now. The United States and Europe are, after all, the lifeblood of China's export economy. But we shouldn't dismiss China's efforts as merely a sophisticated reprise of the Soviet Union's failed bid for the loyalties of the global south. China is a capitalist dynamo, not a creaking autarky, and its market-authoritarian example is fast winning adherents around the world -- while marginalizing the values that have informed Western progress for 300 years. 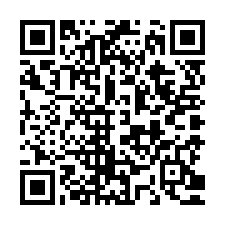