Dempsey: Airpower Not Enough, But No US Ground Forces Now 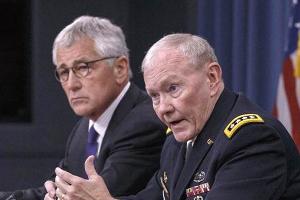 Defense Secretary Chuck Hagel and Gen. Martin Dempsey said Friday that ground forces ultimately will be needed to finish the fight with the Islamic State, but the infantry should come from the Iraqis, the Kurds and the "moderate" Syrian rebels.
"I want to emphasize that no one is under any illusions -- under any illusions -- that airstrikes alone will defeat ISIL," Hagel said at a Pentagon briefing, using an acronym for Islamic State of Iraq and the Levant, another name used to describe the Islamic State.
President Obama has ruled out the use of large U.S. ground units – such as infantry brigades -- in Iraq and Syria, but Dempsey, the chairman of the Joint Chiefs of Staff, once again said he would not hesitate to recommend putting small U.S. units on the front lines if the circumstances demanded it.

Addressing the U.S. "boots on the ground" issue, Dempsey said that "the ideal [ground] force, in fact the only truly effective force that will actually be able to reject ISIL from within the population, is a force comprised of Iraqis and Kurds and moderate Syrian opposition" fighters.
Dempsey did not directly address the suggestions by military analysts, including retired Marine Gen. James Mattis, that U.S. ground troops should be based forward to serve as advisers and to call in airstrikes.
"The President gave me a mission – destroy ISIL," Dempsey said, "and I will recommend to him what it takes to destroy ISIL."
However, the plan was to have local ground forces take the fight to IS. "We want it to be their campaign, enabled by us," Dempsey said.
In testimony to the Senate Armed Services Committee earlier this month, Dempsey said that "To be clear, if we reach the point where I believe our advisers should accompany Iraqi troops on attacks against specific ISIL targets, I will recommend that to the President."
On the more immediate issue of the current IS offensive in northern Syria, Hagel and Dempsey said there were no current plans to conduct airstrikes around the besieged Kurdish town of Kobane near the Turkish border.
Kurdish officials have pleaded for airstrikes and Turkish officials have called for creation of a "buffer zone" on the border, but Hagel made no commitments.

"We continue to discuss all these possibilities," Hagel said, and "we continue to talk to the Turkish leadership about their different ways to contribute to the coalition" against IS.
Dempsey said that "a buffer zone might at some point become a possibility but that’s not part of our campaign presently."
Hagel again said that another goal of the campaign was to enable the Syrian rebels to overthrow the regime of Syrian President Bashar al-Assad, and ruled out any cooperation with Assad against IS. "In Syria, there was no coordination, nor will there be" with Assad’s forces, Hagel said.
Currently, there are nearly 1,200 U.S. troops in Iraq and the number was expected to go up to about 1,600 under authorizations from President Obama.

The Pentagon announced Thursday that 500 1st Infantry Division troops from Fort Riley, Kans., would begin deploying to Iraq and the region in late October.
About 200 of the "Big Red One" troops will be based in Iraq and Dempsey said they would essentially serve as "managers" of the overall campaign.
"This is an organization that has the bandwidth and the skill sets to manage the campaign," Dempsey said of the 1st ID. 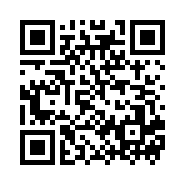