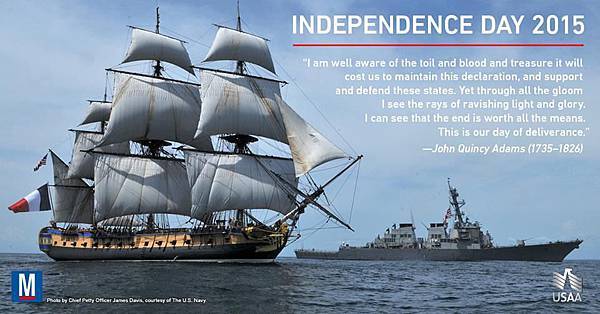 The following report is minded in response to 【MAINTAINING PRESENT SITUATION 】directive of Tsai Ing-wen , which reads:
【MAINTAINING PRESENT SITUATION 】directs to pursue a reexamination us of our National security in strategic deployment ; in stability and security and of the effect of these deployments , which recommended that such a directive【MAINTAINING PRESENT SITUATION 】.
Indeed , 【MAINTAINING PRESENT SITUATION 】must be considered whether a decision to proceed with Ending of history directed toward determining prejudges the fundamental decisions - making ; so , this answer is rightly.
In the Ending of history that it proves successful , we should be maintaining present situation.
Or if we turn a blind eye on shameful history and culture , and being died out by the R.O.C. , even the Taiwan , with all Taiwanese which they will be started the war.
The Maintaining present situation of use policy-deployment can be enough assessed as the National security straetgic deployment , in order to keep stability and security , rather than history and culture.
The Maintaining present situation will need to consider National security strategy and policy-deployments , and viewed in the light of that how to counterattack history and culture violence extremism and terrorism.
So , the political and psychological deployments involved in Maintaining present situation will need to be taken into Ending of history and be given due weight.
This report will have a key tactic of Ending of history on the further explanation , in which , as including the counterattacking history and culture violence extremism and terrorism , that the Maintaining present situation has been been seeking to reach partnership with the P.R.C..

(2)，THE NATIONAL FUNDAMENTAL STRATEGIC OBJECTIVE FOR THE R.O.C.

(6)THE R.O.C. OF THE NATIONAL INTENTIONA AND WAR-FIGHTING CAPABILITIES OF TAIWANESE
1，NATIONAL PSYCHOLOGICAL - POLITICAL OPERATION

(7)THE R.O.C. OF THE NATIONAL INTENTIONA AND WAR-FIGHTING CAPABILITIES OF TAIWANESE
2，NATIONAL PSYCHOLOGICAL - POLITICAL OPERATION

(8)，THE R.O.C. OF THE NATIONAL INTENTIONA AND WAR-FIGHTING CAPABILITIES OF TAIWANESE
1，NATIONAL PSYCHOLOGICAL - ECONOMIC OPERATION

ECONPMIC WAR-FIGHTING CAPABILITIES
Rather than in contrast to the National economy of the China , Taiwan's economy as the free economy as as a whole is at current directed to the providing of rising standards of people's living.
This difference in emphasis between the two economies of Free and State means that we are ready to fight of freedom and independence to support the National development effort.
For instance , the National military budget represents 5 percent of its gross national product , which is not related to history and culture , including the Economy.
Put simply , history and culture are little direct investment in the National military budget including the Economy.
Nonetheless , given time to process to the National Mobilizable Warfare effort , the restituted capabilities of the Taiwan's economy will be enormous.
In the trajectory of history and culture , a question whether they will be ability and time to mobilize our country - Taiwan's manpower superiority ; history and culture whether will be of decisive strategic definition to effort.
In longer term , the war-fighting capability of the Taiwanese economy is a build-up of economic to support the National political and military superiority , but as in the case of history and culture , they cannot be proper allocation of the National resources.
On the other hand , the Free Economy is allocating only approximately 30 percent of the National resources to defense - investment ; and big little of its investment outlays are directed to the National industries.
It is the most impressive the Economic miracle of the Free economic superiority which can be made transparent information.
It should be noted that the "BIG WORDS " of history and culture are having several reasons:
1，the facts are always rejected because data were available.
2，history and culture are enjoying playing the annual plan , rather than actual rates of production.
Furthermore , the Free economy can be made absolute increase and can thereby increase the allocation of resources ; in the accumulative process , we will intensify economic , and military superiority with our partners - countries.
As the 【PRESENT SITUATION】with a high level of economic activity , the Taiwan will soon restore gross national product , just kick out of history , culture , and economy.
Progress of the 【PRESENT SITUATION】will permit , and will Taiwan itself aided by , a pushing the economic and military superiority of the freedom and independence ; furthermore , a dynamic 【PRESENT SITUATION】 expansion of the National economy will be achieved.
Ending of history is fact of fundamental importance in strategic deployment the 【PRESENT SITUATION】to the Taiwan ; rather than history , culture , and the economy.

(9)，THE R.O.C. OF THE NATIONAL INTENTIONA AND WAR-FIGHTING CAPABILITIES OF TAIWANESE

(10) CURRENT CRISES , THREATS , AND RISKS FOR THE NAION

LOVE LETTER BETWEEN Tsai Ing-wen AND
You know my heart , and you know that all there is desire ;
My mind has a small money , but my love a large one ;
You are matched to my love , let me know when my heart kisses history and culture ass ; And I know your silent voice

(13)，THE 【PRESENT SITUATION】OF THE WARFARE OF ACTION - A RAPID BUILD-UP OF THE R.O.C. POLITICAL, ECONOMIC, AND MILITARY FORCE AND SUPERIORITY IN THE TAIWAN. 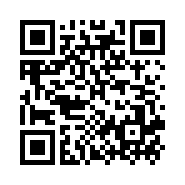