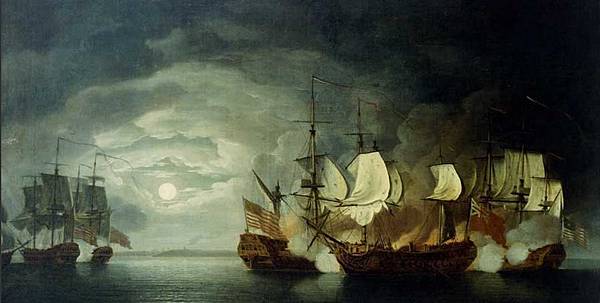 THE FACE OF HONOR

October 13, 2014
John Paul Jones is most famous for saying something he may not have even said. He is known as a fighting man, but he was 5 feet 5 inches, wrote poetry and considered very well mannered.
Yet he was difficult to get along with, a harsh military master and a bit of a self-promoter. And his last name wasn’t even Jones. Despite these contradictions and flaws, John Paul Jones remains a Navy hero.
The man that Thomas Jefferson called “little Jones” was born in Scotland July 6, 1747. Young John Paul (his birth name) went to sea at the age of 12. In a few years he became a first mate and then master of a ship. But after killing a mutinous crew member, a still young John Paul fled to the colony of Virginia.

At this time he added the name of Jones, probably to conceal his identity from British authorities, who considered him a fugitive. The newly named John Paul Jones met and impressed many important colonists, such as Jefferson and Benjamin Franklin.
When the Continental Congress established a Navy in 1775, Jones signed up soon afterward. Jones engaged in several actions, raiding the British in both Canada and off the coast of Great Britain.
But Jones is most famous for the fight between his ship, the Bonhomme Richard, and the British frigate Serapis, on Sept. 23, 1779. In many ways the battle was typical of Jones: He may have lost his own ship, but after a three-hour fight, he managed to capture the Serapis.
It was in this battle that Jones uttered—or perhaps did not utter—his famous words.
Early in the battle, Serapis shot off the Bonhomme Richard’s flagstaff holding the ensign. The British captain thought that Jones might have been surrendering. He asked, “Have you struck? Do you call for Quarter?” In other words, he wanted to see if Jones had given up. 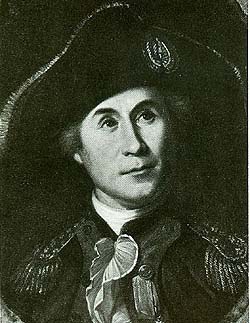 The reply now most frequently recalled—“I have not yet begun to fight!”— comes from an account by one of Jones’ officers. But he told the story years later, when he was in his sixties, and may not have been reliable.
Another later account, from Nathaniel Fanning, claimed Jones said, “Ay, ay, we’ll do that when we can fight no longer, but we shall see yours come down first; for you must know, that Yankees do not haul down their colours till they are fairly beaten.”
It is unlikely that Jones would have said this. Banter in the middle of battle tends to be brief. He himself recalled saying, “I am determined to make you strike!”
However, accounts from various crew members that were reported at the time have the somewhat more plausible reply, “I may sink, but I’m damned if I’ll strike!” or something similar.
After the war he was awarded a medal of gold by the Continental Congress and made a chevalier by the King of France. But always restless, Jones ended up a rear admiral in Russia, fighting for Empress Catherine the Great of Russia. Always hotheaded, he quarreled with powerful aristocrats and left a few years later. He lived in Paris for a couple of years, but died in 1792, at the age of 45.
His body lay in a Parisian grave for over a century until his remains were brought to the Naval Academy in Annapolis, Md. On Jan. 26, 1913, he was lain to rest in a bronze and marble sarcophagus in the Naval Academy Chapel.
To the British he was practically a pirate. To some of his contemporaries he was a glory-hound. But everyone agreed that he was a daring fighting man willing to take risks. And no matter what it was he said, no matter what flaws he may have had, the example of Jones’ fighting spirit still inspires today. 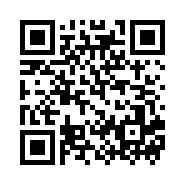